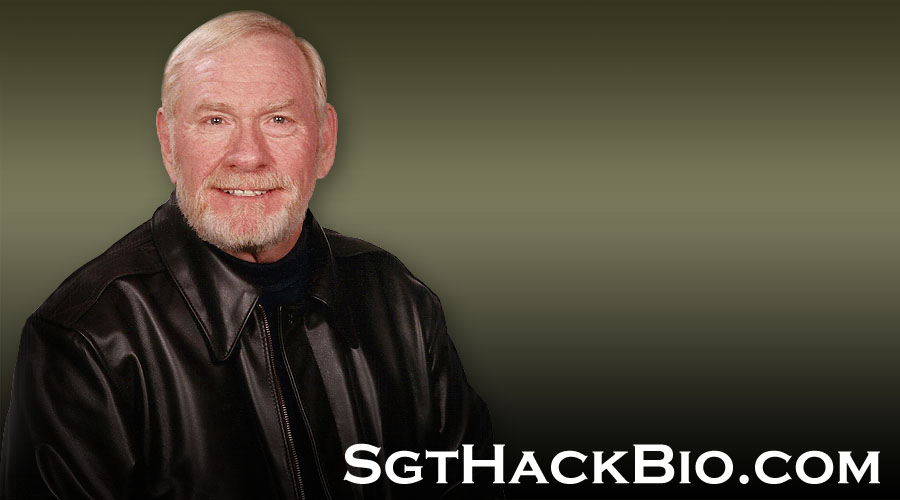 The Curious Case
of Sergeant Hack

There had been a controversy regarding the proper entitlement for the retired Sergeant Hack. According to the POW Network, the military man was only a specialist while the latter maintained that he was a sergeant first class when he retired from the army. It came to a point where his military records need to be checked or sorted out.

The POW Network somehow was able to gain access of his military records and released it to the public. The only problem was that the records were incorrect. This brings you to a question of how much a mistake like that can affect a person, his business and his personal life in general.

That is why there is in an attempt to repair his reputation. This is to prevent further damage to the situation. There was a need that was felt to feed the information to the public straight from the horse's mouth so to speak.

He started out as a support role in preparing for these young men for the battle that was brewing in Vietnam. You can say that because he has had prior experience working or serving with the USCG, they did not see the immediate need to train. In fact, his senior officers sent him to assignments that would have been assigned only to trained Rangers or men who have completed the Ranger Training and earned their Ranger Tab.

The thing is that they are fighting for a war that is not theirs. But because they are sons of this country who believes in freedom of the world, they took it upon themselves to fight. They fight the war like it is their own business and help their neighboring countries in putting out a war that threatens to spread to the world.

But as they say, you cannot tarnish a good name that easily. The National Personnel Records Center of St. Louis admitted that they made a mistake in appointing the final rank of the soldier. They said they were mistaken in giving away the soldier's number of service and most especially his rank and place of entry.

Think about the bloodshed and the danger these soldiers and military men go through with their life. One can only imagine the fear, the bravery, the situation, the blood, the death of comrades and the enemies. That is because you were never there and will never be there.

Sergeant Hack can only hope that a website put for him would slowly or little by little straighten out the information. The soldier's business is into making military supplies such bomber jackets and gears. The business is called the US Wings which he and his wife helped in building.

You can visit the website sergeantdavidhack.info for more helpful information about The Curious Case Of Sergeant Hack.